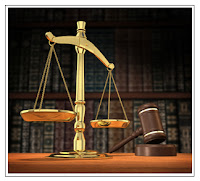 Stearns gave the monastery until Dec. 17 to decide whether it would accept the minimum statutory damages of $5,250, or $750 per infringed work. If the monastery wishes to seek higher damages, the case would go to jury trial on Jan. 18.

The case involves copyrights for seven monastery works. According to court papers, the monastery relies on income from the sale of these works.

The monastery sued the archbishop, a former novice of its order, in December 2007 for infringing Web site postings. In February, the court ruled for the monastery on its breach of contract claim and infringement claim related to one of the works. The December ruling addresses infringement claims for the six other works….

The monastery “is thrilled by the results in terms of liability” and “inclined to consider the judge’s offer,” said the organization’s lawyer, Amy Brosius, a Boston partner at Fish & Richardson. “While we’re not prepared to say which way we’re going to go, we were impressed by Judge Stearns’ logic.”

Brosius also said the lawsuit arose because the archbishop breached a settlement agreement for a prior similar lawsuit that the monastery brought against him and his publisher in the Eastern District of Michigan. That case, Society of the Holy Transfiguration Monastery Inc. v. Sheridan Brooks Inc., was settled in July 2006.
…

The archbishop’s lawyer, Chris Ingold of Denver-based Irwin & Boesen, said he’s going “to continue to work hard on the archbishop’s behalf to create the best possible outcome for him.”

“It’s been a complicated case and it’s got a protracted history, Ingold said. “All the parties have gone after this with great vigor.”
…

“A lot of religious institutions are run like businesses and they actively enforce their rights,” Feldman said. “With the rise of different types of media, they’re more actively involved in that.”