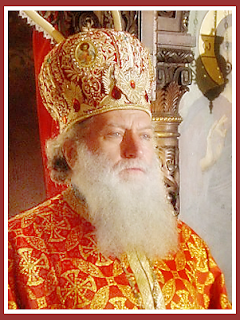 The Synod of the New Calendar Bulgarian Church has elected Metropolitan Neofit of Rousse as the next Patriarch, eliciting little surprise where two out of three of the candidates were state agents and the other was sympathetic.

The past two weeks have had the various candidates saying odd things, in some expected sense of being treated as the frontrunner. Of note was Metropolitan Galaction of Stata Zagora complaining against the introduction of the Western holiday of Valentine’s day, on the basis that Bulgarians should be celebrating St Trifon Zarezan, whose feast day on the ecclesiastical calendar falls on the 1st of February (Julian). The feast, secularly marked by bouts of drinking, is sadly often celebrated twice on both the Julian and Gregorian calendars.

Metropolitan Galaction, not known for being an active Old Calendar sympathizer, nevertheless made headlines for demanding an end to “Western intrusion” on the way to a wine-press.

Unfortunately, the two Soviet-agent candidates embarrassing themselves left only one obvious contender. And how convenient that Gavril was the only one whose file is clean! Why, if it wasn’t so obviously framed as the work of the Holy Spirit by the mainstream media we’d have a glimmer of hope. Instead, this appeared contrived; an entire Synod of Securitate agents with a “clean leader”, discovered before the election.  If it wasn’t reality we’d think it was a bad joke.

It appears the state-agent Synod was having none of the ruse and chose proudly to choose one of their own in an easy majority, having 90 of the 138 needed votes.

For his part Metropolitan Gavril was a virtual unknown in the West, save for ties to the Moscow Patriarchate, and his express hope to the media– after the public disclosure concerning the Bishops connected with the Soviet security services– that none of the agents are removed from office.

In the end, the agents decided that sympathy just wasn’t sufficient and elected Agent Simeonov instead.