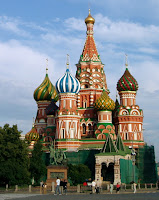 A week after the autonomy was granted to the American Archdioceses of the Milan Synod, the Milan Synod in Europe expressed the belief that it should seek fraternal relations with the Mosow Patriarchate. Coterminous with this statement, a Confession of Faith statement was published by the Autonomous Orthodox Metropolia of North and South America and the British Isles which condemned the “the organization which calls itself the Moscow Patriarchate; sitting as it does in the temples of God, being an abomination of desolation.” (Clergy Confession 2,C) It also stated furthermore that “the World Orthodox have fallen repeatedly for several generations under anathemas, mass canonical violations, and most importantly of all, a deficiency in the Faith, and have not sought to correct these problems after decades of stern warnings by their own most celebrated luminaries, communion in the Mysteries, or prayer, and any other expressions of Catholic Unity is impossible.” (Clergy Confession 4,C), and more sternly expressed that the Patriarchs commit blasphemy if they do retain the Mysteries and that “they do so to their own eternal damnation to the fires of hell, as the Blessed and Holy Apostle explains” (4,D).

Recently it was learned through various sources at the European Metropolia’s website that they would be surrendering churches to the Moscow Patriarchate. In response to this, a statement was issued by Metropolitan John on the American Synod’s website which states that “based upon information available to us, we have not understood that there have been any concelebrations that have taken place between bishops of the Milan Synod and the Moscow Patriarchate. We are awaiting further information in terms of the details mentioned on the website of the Milan Synod. The Autonomous Orthodox Metropolia of North and South America and the British Isles does not approve of any concelebrations with the World Orthodox patriarchates.”

It has been learned also, through private sources, that Metropolitan Evloghios has been remonstrated about this matter by other bishops in his Sister Churches, and that further action is impending, namely the possible severing of communion should a union be effected or any actual concelebrations take place.

“Russia in the 1990s; The Spiritual Failure” by Vladimir Moss

The Bishops’ Council Will Deliberate Bishop Diomid’s case on Friday