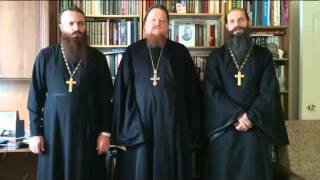 “Him that privily speaks against his neighbour, him have I driven from me: he that is proud in look and insatiable in heart, —with him I have not eaten.” Ps. 100:5

Archpriest Sergius Kondavok: Dear brothers and sisters, we received decrees from Metropolitan Agafangel. As a matter of fact the ultimatum is offered to us: we have to refuse the belief, we have to betray the brothers together with whom we put the signatures under the document in protection of Russian Orthodox Church Abroad.

How to call this last act of Metropolitan Agafangel? It is thought, only one word approaches: treachery. Though, alas, already not for the first time Metropolitan Agafangel has betrayed us. Treachery it is possible to call that position which Met. Agafangel chose in the terrible days of the fratricidal war in Ukraine when he turned “Internet Sobor” into a hornet’s nest of hatred, Russophobia, and rage.

Treachery it is possible to call that campaign which on his blessing was launched against us, and the Metropolitan takes the most active part in spiteful slander. And our opponents from the Moscow Patriarchate go with leaflets the authors of which are bosses of “Internet Sobor”. And here, the last treachery. Further, as they say, there is no place to go.

Yes, to be fair it is necessary to tell that the biography of Met. Agafangel isn’t irreproachable. We knew that in young years he was not a confessor, but a member of Komsomol; we knew that more than once the future Metropolitan betrayed Met. Vitaly, but hoped that Vladyka was repentant; hoped that he really sincerely wishes to rescue our Russian Church Abroad, and not only we hoped.

But unfortunately, these months of rage, hatred and open war which wages against true Russian Church Abroad, Met. Agafangel, set us thinking not simply, and to understand that this person became, alas, on the way of split and destruction of our Church.

Alas, we don’t see in Met. Agafangel the Primate of the Russian Church Abroad; we don’t see behind his shoulders Met. Anthony (Khrapovitsky), MEt. Anastasy, St. Met. Filaret, Met. Vitaly, white heroes, sacred devotees of our Church. But we see behind his shoulders those who hate historical Russia, those who are ready to make various crimes against our Church and the Homeland. We wanted that the Synodal voice of the Russian Church Abroad sorted things out — alas, Met. Agafangel together with his supporters tries to make silent our Russian Church Abroad. But we won’t be silent. 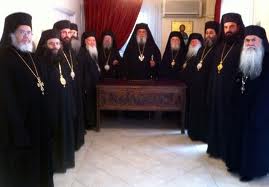