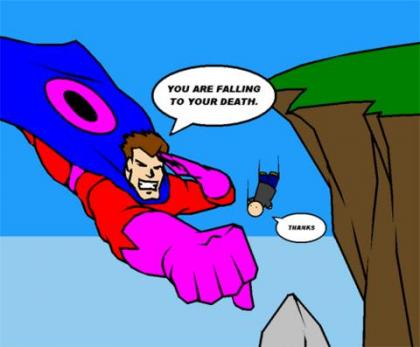 For those of you who thought there were still imaginary “issues of communion” to be resolved between ROCOR-MP and the OCA, you can finally read it for yourself, since it’s official.


For the rest of us, we’ll just add it to the Captain Obvious file and ignore that argument.

With regard to the situation of the clergy and parishes of the Russian Church that were found abroad, there were two distinct directions that evolved. The first was the striving for a unified central Church Administration which could oversee the ecclesiastical life abroad until conditions would change in the homeland and the Patriarchate, independent of Soviet control, could be restored. The second was the striving toward the establishment of a completely independent self-administered Orthodox Church in North America.

In 1970, by recognizing the self-governing status of the Metropolia with the granting of the Tomos of Autocephaly, eucharistic communion between the Russian Orthodox Church (Moscow Patriarchate) and the American Metropolia was restored and reconciliation was achieved.

At the beginning of the 21st century, the deep and extensive changes in Russia with the renewal of church life, the restoration of thousands of churches and monasteries, the freedom to bear public witness to the Gospel in Russian society, a process of dialogue between ROCOR and the Moscow Patriarchate led to the restoration of canonical unity through the Act of Canonical Communion in 2007.

It is now time for the Orthodox Church in America and the Russian Orthodox Church Outside of Russia to declare together in the spirit of mutual repentance and mutual forgiveness that we are committed to living together as brothers in Christ and as sister Churches, and to sharing a common witness to the Gospel of Christ and the Holy Orthodox Faith. This common witness should most clearly and most fully be expressed in eucharistic communion.

A Reply to “ROCOR and Old Calendarism”: Abp Chrysostomos