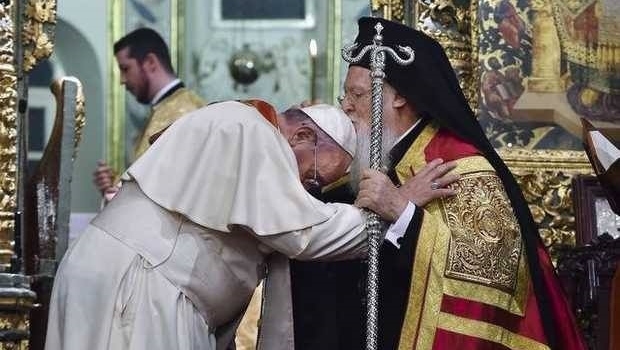 INTERVIEW OF THE ECUMENICAL PATRIARCH BARTHOLOMEW I

To climb the narrow staircase, in their understated elegance, which connect the floors of the Building of the Ecumenical Patriarch of Constantinople, gives rhythm to the clear perception that this place, in itself small, is the spiritual heart of millions of Orthodox Christians worldwide.

For 1,700 years, it has transcended a tumultuous history, yet remained constant in its mission of service. Its truly global role unfolds from a historic district of Istanbul where the Phanar, as it is pronounced in Greek, is found. Directly overlooking the Golden Horn, the estuary encroached on by the sea is located in the part of Turkey which is geographically Europe, and which divides the city of Istanbul in two: the ancient Byzantium-Constantinople to the South and the Genoese colony of Pera-Galata in the North.

The name Phanar dates back to the Byzantine era and is derived from the Greek word «lantern» as used to assist navigation. After the fall of Constantinople (1453), the district’s neighborhood became home to many of the Greeks who returned to live in the city and also to the Ecumenical Patriarch of Constantinople.

The church of St. George, formerly part of a monastery, was elevated to a Cathedral church by the Patriarch of Constantinople, Matthew II, in 1600; here he moved the seat of the Patriarchate, the sacred place «where the Chair of the bishops of this historical martyr Church is, guided by Divine Providence of the ministry of high responsibility to be the First Throne of the Most Holy Local Orthodox Churches», as it was defined by the Ecumenical Patriarch Bartholomew I[1].

EP Praises Moscow, Putin & Medvedev,”God is with you”

Editorial: The 1000 years that lead to Vatican II 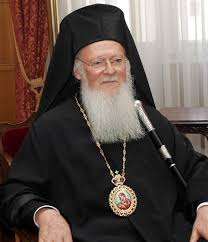