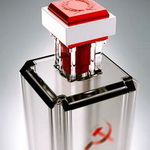 US Complained About Freedom of Religion, Hilarion Answers in a sad, sad way:

4. (C) Notwithstanding these improved relations, the ROC in November struck a confrontational tone regarding the State Department’s annual International Religious Freedom Report (IRF), released in October. Hilarion penned a letter to the Ambassador — posted on the website of the ROC’s external relations division — in which he complained of perceived U.S. support for “extremists and Satanists.” The negative tone of the letter (as well as the somewhat brazen manner in which it was presented) contrasted sharply with the ROC’s initial public praise of the report’s “objectivity” in observing that the ROC has attempted to promote interfaith tolerance in Russia.

5. (C) Hilarion defended the substance of the letter, saying that although “we are satisfied with the general dynamic,” and “each report is better than the one before,” there are still some issues that “need to be looked at carefully.” If we look at religious freedom exclusively through American eyes, he explained, then the report will inevitably be imperfect, because it will not sufficiently take into account the individual historical and cultural development of Russia. “We don’t want to discriminate,” he said, but the distinction between traditional and non-traditional religions is “rooted in our history.” (Note: As for the manner in which the letter was made public via the ROC website, Hilarion said that “the report was public, as well,” but otherwise passed the buck to his predecessor, who he claimed had established the practice. End note.) Hilarion added (rather disingenuously) that there is no law favoring traditional religions over non-traditional ones, a statement that was not true on its face — the 1997 Law on Religions elevates the status of the four “traditional” religions (Orthodox Christianity, Judaism, Islam, and Buddhism) — and that also ignored the key question of the implementation of the law, which in practice has marginalized non-traditional groups. As if to underscore that point, Hilarion acknowledged that “some groups” within the ROC might express MOSCOW 00000241 002 OF 003 intolerant views, but Kirill consistently speaks out in favor of tolerance — and otherwise there are limits to what Church leaders can do to discourage this.

Democracy is a Failure in Russia:

7. (C) Appearing to borrow from the United Russia playbook, Hilarion essentially equated authoritarianism with stability, noting that “Russians have always liked having a strong and powerful figure at the top,” and lambasting Russia’s experiments with democracy in the 1990s, calling the election of 1996 a “catastrophe” in which the country was paralyzed by its unappealing choice between Yeltsin, Zyuganov, and Zhirinovsky. As to whether Russia might aspire to a system in the future whereby the people hold their government accountable for its policies, Hilarion said that this was “theoretically possible,” but does not always work in practice.

Orthodoxy “First among Equals” Among Religions in Russia:

8. (C) Hilarion made it clear that he sees a prominent role for the ROC in promulgating the GOR’s current policies. Notwithstanding his claim that the ROC enjoys no special status among religions, he asserted that the Patriarch is not only the head of the Orthodox Church in Russia, but “the spiritual leader for the whole nation.” He noted that on the November 4 National Unity Day, the Patriarch celebrated the divine liturgy in Red Square, then led a procession where he was followed by leaders of other faiths. The ROC also appears to be first among equals in the context of the new program to teach religion in schools in 19 regions of the country (reftel). (Note: Under this program, students will have a choice between studying one of the four traditional religions, or taking a course on “secular ethics.” Different religions will be emphasized depending on the majority population in the region where the program is taking place. End note.) Hilarion stressed that this is only a “pilot program,” but there is little evidence to suggest any GOR intention to abandon the program once it is underway. On that issue, Hilarion said only that the GOR would “assess” the efficacy of the program some time after its inception in the Spring.