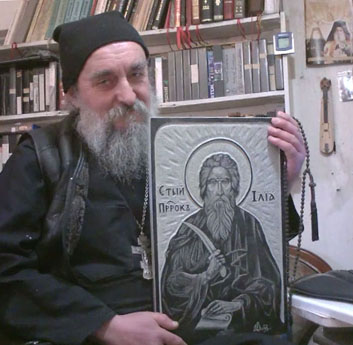 A website, apparently run by Bulgarian members of the GOC (K) has become extremely critical of the GOC(K)-SiR Union; labeling the union false and heretical.  The sites seems to have been up for a few days (it dating it’s publication as 5/18 March, 2014).  It purports to have the support of Fr. John Vasilevski, and a Fr. Cassian. It demands that all members of the former Cyprianites be received by baptism, chrismation (and for those coming in as clergy, Ordination).  The conclusions summed up are quoted below:

Therefore:
IF the heretics cyprianites want on their part to become Orthodox – which they so far still ARE NOT (!) – this must be done TRULY, not hypocritically!
Why?
Because there is not salvation without the Truth!
This means – if they want to become Orthodox – they are
FIRST – IN WORDS:
– NOT just “to condemn ecumenism”
– NOT also just “to anathematize ecumenism and the calendar”
BUT THEY ARE
a)  TO anathematize the heresy of ecumenism, defining it as the last and most terrible heresy=religion of the antichrist (there will not be another religion of the antichrist)
b) TO anathematize the papal calendar – as did the Holy Fathers of the Councils and as by three-quarters of what they did, did also the Synod of Chrysostom in 1998
c) TO anathematize the new calendar pseudochurch! – as a mother, that gave birth to the pan-heresy of ecumenism in 1920 – by conception from her father the devil (John.8:44) = the mother of the heresy of cyprianism and of the heretics cyprianites!

And after that IN DEED – the cyprianites must be
1) Baptized
2) Tonsured monks
3) Ordained deacons
4) Ordained Priests
5) Ordained Bishops
That is – they have to go through this procedure through which went father Cassian, Bulgarian, when from the heresy of cyprianism came into the Church = in the Synod of Chrysostom – Kallinikos!

Only after all that is done
both IN WORDS and IN DEED
only then the cyprianites will become Orthodox – and we will go and bow to each of them = to Christ in him – and will kiss his hand.
And till then and FOREVER the true Orthodox Synod of Chrysostom, and more precisely THROUGH the Synod – the Holy Spirit Himself (Whom the cyprianites blaspheme) has imposed:
ANATHEMA ON THE HERESY OF CYPRIANISM!

And all these movements and uprisings against the Holy Spirit, which the heretics cyprianites are organizing today – both the manifest cyprianites and those hidden in the Synod K. – are carried out as the Lord has said – for there to be made manifest their wickedness, and the fact that they have all come under this
ANATHEMA ON THE HERESY OF CYPRIANISM!

And this must become manifest for two reasons:
1) for the salvation of the chosen ones
2) and for condemnation of the resisters with such fanaticism against the Right Hand of God (Ps.16:7)

And all who are Orthodox – do not be fooled!
Stay in the Holy Orthodox Confession!
– Because even if all the bishops leave us and go to this
false church in resistance against the Holy Spirit – even then:
– we who remain in the True Orthodox Confession,
– we who have brought nothing NEW, who have changed nothing of our legacy from the Eternal and Unchanging God,
– we are who comprise the Synod of Chrysostomos-Kallinikos (with or even without Kallinikos!)
and the others – they went to their place: to their brethren heretics cyprianites in their false church of the resisters against the Holy Spirit!

Stay in the Holy Orthodox Confession!
– Because according to the prophecy of St. Anatoly of Optina – in the time of apostasy in which we live (2Thes.2:3) – for the believers who have failed to reap the other virtues, there are prepared by God wreaths for merely remaining steadfast in the True confession = in the Holy Orthodox Faith.
Amen!

Additionally declaring that Bp. Photii of Triaditza is no more than an “unbaptized layman dressed in parti-colored clothes of a bishop”.  The complaints include that the bishops of the GOC (K) lied to the Bulgarians and others, and they have gone back on their previous position that Bp. Photii was not baptized and ordained but a mere layman.

This will undoubtedly portend greater controversies in some segments of the new communion, if not departures (assuming none have happened already). 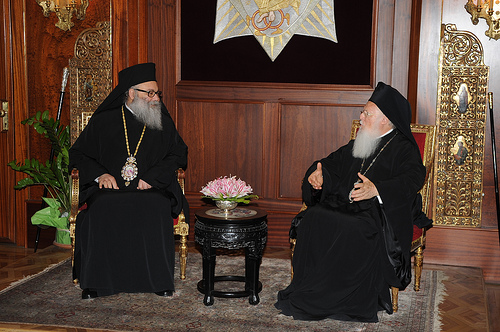 Journey to the Great and Holy Synod by Father Jiri Jan