Donii Accuses Russian Church of Liquidating Ukrainian Statehood-
The Moscow Patriarchate is one of the mechanisms to liquidate the state of Ukraine, said a Ukrainian deputy from the Our Ukraine – National Self-Defense Block Faction, Oles Donii, to a correspondent of from.ua.com.

“Therefore, unfortunately, the ROC [Russian Orthodox Church] is not so much an institute of spirituality as an institute of politics and propaganda. And it is now used as one of the mechanisms of liquidating the Ukrainian statehood. And as Russian nationalists have come to power in Ukraine, one can talk about the coincidence of interests of the Russian leadership and the political forces currently at power in Ukraine,” noted Donii 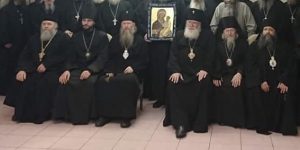