A recent New York Times article by Rick Gladstone, titled “Historical Certainty Proves Elusive at Jerusalem’s Holiest Place,” set out to discuss the history and modern political complexities of Jerusalem’s Temple Mount, a site sacred to Jews, Christians and Muslims. The piece, which was originally published on October 8, 2015, has drawn a great deal of criticism. For example, Gladstone suggested that scholars have not been able to “definitively” answer whether the ancient First and Second Temples of Jerusalem ever stood on the Temple Mount. Regarding this article, Biblical Archaeology Review editor Hershel Shanks said, “How could a New York Times reporter be so wrong? He obviously had predilections.”

The New York Times has since issued a correction following a Letter to the Editor from Dr. Jodi Magness, the Kenan Distinguished Professor for Teaching Excellence in Early Judaism at the University of North Carolina at Chapel Hill. The correction reads:

Correction: October 9, 2015
An earlier version of this article misstated the question that many books and scholarly treatises have never definitively answered concerning the two ancient Jewish temples. The question is where precisely on the 37-acre Temple Mount site the temples had once stood, not whether the temples had ever existed there.

Below, read a reaction to the New York Times article by Temple Mount history expert Leen Ritmeyer as well as Jodi Magness’s NYT Letter to the Editor.* 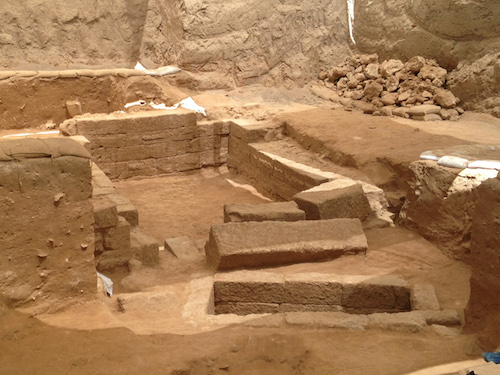