An Open Letter from the unworthy protodeacon Basil from Canberra to all  who have ears and eyes to see…..

I am not sure how to broach this subject of the disunity of our ROCA (I  am not speaking about those that have subjugated themselves (be they the  majority) to the sergianist and ecumenist post soviet MP) but those, in  the time that was chaotic for all of us, went to other jurisdictions  (some even creating their own). Our Lord Jesus Christ our Saviour  bless me to say what is right and to offend no-one, I know I speak from  my heart that is bleeding and spiritually hurt, and I hope you will  understand me and my sincere plea!

Those that have found a home in SIR I ask you first, perhaps it is time  to return to ROCA under the omophorion of his Eminence Metropolitan  Agafangel, who I believe, has proved that he and his/our SYNOD have kept  the Royal Path of our blessed in memory First Hierarchs metropolitans  Anthony, Anastassy, St Philaret and Vitaly. I know the following  parishes, convents, Fathers, brothers and sisters: Holy Ascension Parish in Rochester, New York, Holy Trinity Parish in Oxnard, California,  Parish of Sts. Seraphim of Sarov and John of Kronstadt,San Diego,  California & Holy Protection Convent, Bluffton, Alberta (Canada), the  convent and monastery in London, UK, are now part of our sister  jurisdiction, the Synod in Resistance. I hope no-one is SIR is offended  by my unworthy call for the children of ROCA to return home and make a  difference, our voice be it in the wilderness will be once more heard.

I know many others have stopped attending CHURCH all together and/or  have gone to other old calendar jurisdictions. You all know that I  suffer and my pain is great that I could not have been more stronger and  relevant in my opposition to the premature union between ROCA and the  post soviet sergianist/ecumenist MP (it is now after the five years (soviet) MP plan) is more than crystal clear that many of our ROCA  brothers and sister are now entrapped in the cogmire of sergianism and  ecumenism (or worse) in the post soviet MP. Families are divided – it  is hard for many to be family. I hope metropolitan Hilarion (and others  that have followed him) can sleep peacefully every night of the rest of  their life, but they do not care anymore about the lost sheep ( they  care more about post soviet MP medals and banquets that are more  befitting to their new life style – their hero and saviour now is KGB  agent PUTIN and his cronies). WOW I am speechless at their five year  success!

I come to those that find themselves now in the so called splinter/and  or fragments (groups). I do not mean, again, to offend no-one but if we  could be of one heart, our strong ROCA voice, could make the enemies of  our LORD JESUS CHRIST pay attention to ROCA, traveling as ever before,  on the ROYAL PATH to SALVATION. Could we together in ROCA not save them  as well?!? The following is from the Summary of the Minutes of the Meeting of the Central Russian Administrative District. August 1, 2008 –  St. Seraphim of Sarov.

“1. It is with great sorrow that we (STILL) witness the  divisions that occurred after the signing of the Act. The Russian  Orthodox Church Abroad is now fragmented, with each group claiming  “divine purpose.”

2. We hold to the belief that it is still possible to unite the  faithful adherents of the Church Abroad around the legacy of the ROCA,  which is characterized by a spirit of sobornost; uniting laypeople,  clergy, and the episcopate. The legacy maintains the traditions of the  founding hierarchs, a full life within the Church, and the readiness to  set aside one’s supposed “truths” for the sake of God’s Truth. The  tendency of other “fragments” to treat lightly the decisions of past  sobors and Synod of Bishops is quite worrisome and symptomatic of the  irreligious idea of “dogmatic progressiveness.” This leads them to  reject certain decisions, or consider them not quite Orthodox in spirit.  It should be noted that such tendencies are exhibited by bishops who  have become ordained only recently or only a few years ago.

3. We wish to point out that the ROCA PSEA remains an open  church body, headed not by a Hierarch, not by an Archbishop, but headed temporarily by Bishop Agafangel. We do not share the ambitions of those  in newly-formed jurisdictions, and seek only to avoid considering any  fragment as the body of the Church. We regret the refusal to maintain  sobornost within the fragments of the ROCA, which results in premature  ordinations, canonisations, and rejections of past decisions.

4. We are prepared to engage in dialogue with anyone who considers our divisions to be unnatural and ask them only to answer one question in good conscience: who is creating these obstacles and  striving to keep things as they are? If we are guilty of rewriting the  history of the ROCA, prove it to us. If these divisions are caused by  intemperate feelings, let us reject them and return to the conditions  that existed before the tragic divisions. “

In my very short and succinct appeal to you… “please return to the  church that is based on and lives by the principles and values set down  by our founding hierarchs. Let us continue together on the Royal Path  that was charted by them and the sacrifices made by so many that came  before us. Please hear our anguished cry and together let us heal the  divisions that have come between us. From the Parish Council – Holy  Ascension Russian Orthodox Church Fairfax, VA May 27, 2012” Please see  the latest invitation (in Russian) from his Eminence metropolitan  Agafangel here: http://agafa-angel.livejournal.com/57478.html

With love in Christ Jesus our Saviour, asking for your prayers the  unworthy protodeacon Basil from Canberra 13 June 2012, Canberra 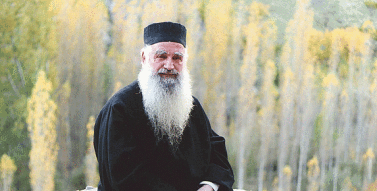 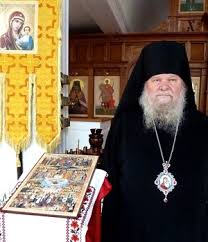 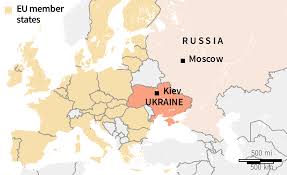