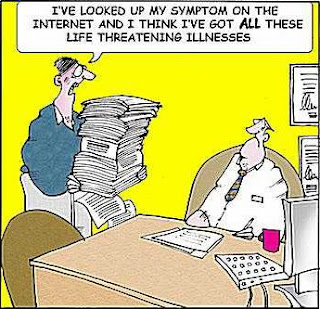 (Source) Interfax reports that according to the prosecution, part of the Moscow Patriarchate’s case will be testimony from a woman that now feels unceasing pain after witnessing the performance of feminist punk band “Pussy Riot” in Moscow’s Patriarchal Cathedral.  However, the Interfax article doesn’t quite indicate any medical conditions, even though the headline reads “unceasing pain”. It seems to indicate the pain was primarily emotional and spiritual. We were not aware of recent cases of Russian jurisprudence involving hurt feelings.
Lyubov Sokologorskaya, a candle-seller in the church, claims that the women pushed her aside and disrobed before their performance of a vulgar, anti-Putin song in the altar. Other media reports indicate that their outfits included miniskirts, which no one has disagreed with. Sokologorskaya appears to be ready to testify that as the show progressed (referring to it as “demonic”) she felt pain since:
Lyubov Sokologorskaya told Moscow’s Khamovnichesky Court on Monday that the performance by three women members of the band, which was part of a protest movement against Vladimir Putin’s bid for president of Russia, “looked like a lot of demonic jerking.”
Sokologorskaya said the three young women, who are charged with “hooliganism” and have been in jail since March, arrived at the cathedral around 11 a.m. on February 21 and asked where candles were to be placed and what could be the reason for putting them there.
“After being given explanations, they suddenly pushed the door open and ran onto the ambo [elevation in front of the altar],” Sokologorskaya said. The performers pushed the reliquary with the Seamless Robe of Jesus aside and flung bags and rucksacks on the floor.
“I was mortified and felt pain, and I still feel it,” Sokologorskaya said.
Meanwhile, the singers themselves are claiming they cannot attend trial, since they are being deprived of food and sleep, which turned into a back-and-forth between the judge and defense attorney.
According to a poll run by Interfax, a plurality (43%) of Russians think jail time is disproportionate to the crime being charged, the larger numbers suggesting either community service (24%) or a fine (16%). Even more emphatic is the position of those polled on the MP’s involvement. A whopping 53% believe the church should be totally uninvolved, or demonstrate mercy. Less than 1/5 polled (17%) think the Patriarchate’s actions are, up to the present, justifiable.
This case is clearly becoming a litmus test, not just for religious belief in Russia but for the question of just how much power the Moscow Patriarchate wields. If people can get seven years in the slammer for hurting people’s feelings, I sense new Russia is now a place where you can jail anyone for just about anything. New Russia is starting to sound a little bit like the old Soviet Union.
And to absolutely no one’s surprise, the Moscow Patriarchate is in the thick of it.
Discuss this Post in our Forum or Comment Below.